Dutch in the Land of our Fathers

The Principality of Wales in Great Britain is not the first place one would look for traces of varieties of Dutch being spoken in history, but there are several reports which suggest that Flemish was spoken in the West of Wales from the twelfth century to the sixteenth century. The sixteenth-century English historian, William Camden (1551-1623), wrote that King Henry I (1100-1135) had allowed Flemings to settle in Pembrokeshire. Some of them were probably related to Flemish mercenaries who had helped William the Conqueror to win the Battle of Hastings in 1066. When Camden visited Wales in the late sixteenth century he recorded that some people there spoke something close to English, which may be a variety of Flemish. The Ghent-born artist and poet, Lucas d'Heere, claimed that he spoke to people in Pembrokeshire who used 'good Flemish' (goed vlaemsch), although it has to be said that his variety of Flemish would have been somewhat different from the variety which may have been spoken in Pembrokeshire. If these reports are true then they add another chapter in the history of Dutch around the world. 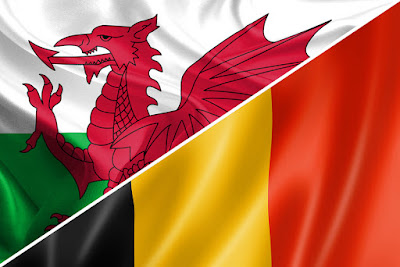 Posted by Christopher Joby at 11:36 AM